St. Innocent of Moscow Orthodox Church is a welcoming community of believers in our Lord and Savior, Jesus Christ.

The Orthodox Church is evangelical, but not Protestant.
It is Orthodox, but not Jewish. It is catholic, but not Roman.
It isn’t non-denominational – it is pre-denominational.
It has believed, taught, preserved, defended and died for the Faith of the Apostles since the Day of Pentecost 2000 years ago.

We belong to the Body of Christ, the Church of Christ.
The Eastern Orthodox Church is organically the same congregation (or ecclesia) which was born at the outpouring of the Holy Spirit in Jerusalem on Pentecost, a direct continuation from the Apostles by laying on of hands from each generation of priests to the next. Orthodox Christians have been baptized in the name of the Holy Trinity and follow the ideals and beliefs of both the Scriptures and Sacred Tradition.

We believe in the living and loving God, Whose Grace protects and guides us in the path of redemption.
We believe that God has revealed Himself in the Bible through the prophets, and especially in the person of Jesus Christ, His only-begotten Son who is our Savior.
We especially believe in the Incarnation of Christ as God-Man,
in His Crucifixion and Resurrection, in His Gospel and Commandments, and in the world to come.

Excerpted from The Faith We Hold by Archbishop Paul of Finland

Saint Innocent of Moscow (1797-1879)
was a Russian Orthodox missionary priest, then the first Orthodox bishop and archbishop in the Americas, and finally the Metropolitan of Moscow and all Russia.
Remembered for his missionary work, scholarship, and leadership in Alaska and the Russian Far East during the 19th century, he is known for his abilities as a scholar, linguist, and administrator, as well as his great zeal for his ministry.
He was also known for his knowledge of various crafts and arts which aided him in his work. 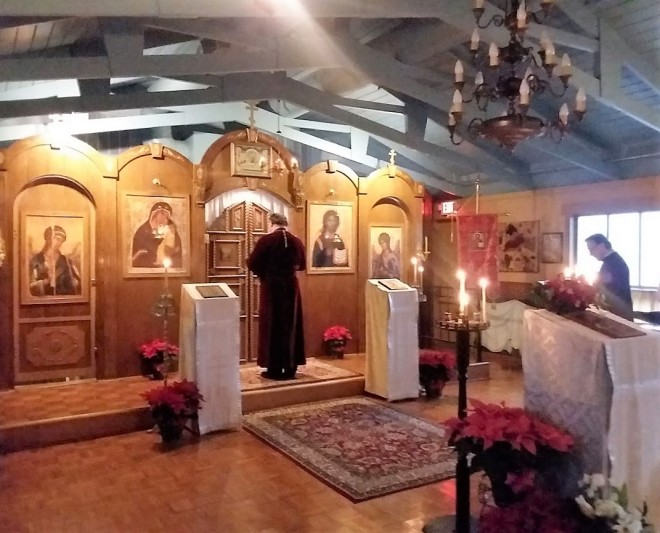